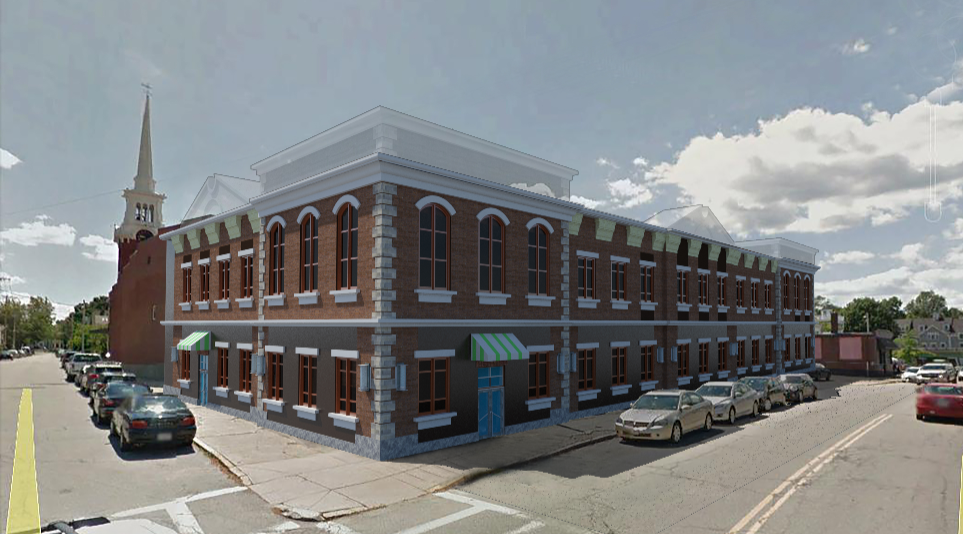 And they would like the City Council to move forward with all deliberate speed so construction can begin by fall.

The announcement signals a new direction for the proposed garage at the corner of Titcomb and Merrimac streets. This plan is smaller than the initial plan that was put on the table last year, but slightly larger than an alternative plan the mayor proposed last month.

A detailed memo was delivered to city councilors this week by Andrew Port, director of the Planning and Development Department at City Hall.

Councilors are reviewing the document, and are scheduled to address the garage Thursday night when they gather for a regular meeting that was postponed from Monday.

Planners have recommended a 244-space building, but the City Council will make the decision, officials say.

At the Thursday meeting, the council will not entertain a vote regarding the garage, according to City Councilor Robert Cronin.

The memo and recommendation came from Port — not Mayor Donna Holaday — but the mayor is strongly supportive of a parking garage at the corner of Titcomb and Merrimac streets.

Discussion of a parking garage at that site has been taking place for more than a year, and the size and scope of the building has changed over time. City officials had suggested a version that would cost $16 million, and offer about 345 spaces. That plan was criticized as too expensive, and several weeks ago the plan was significantly downsized. The estimated cost changed to $10 million, with perhaps 220 spaces.

If the City Council chooses a version different from that advanced by planners, the numbers could change again, officials indicate.

The $12.2 million figure appears to be endorsed by the Merrimack Valley Regional Transit Authority. That organization will disseminate state ($5 million) and federal ($2 million) grants, and the Haverhill-based non-profit organization will likely oversee the facility, according to Port’s memo.

Day-to-day management would be by LAZ, a national parking management company.

With the $12.2 million model, the city’s “maximum gap” (cost) would be about $5 million, which would be paid through the Downtown Parking Program. Officials are assuming that the city’s parking rate will be increased from 50 cents per hour to $1 per hour.

At least two factors are involved in financial estimates:

– Land acquisition is required for the Titcomb Street site. The appraised value is reportedly $2.18 million, which includes demolition of the Fitness Factory site by owner New England Development as a condition of purchase.

– The current budget carries an additional $1 million as a mark-up for quality design work. Municipal leaders have been insistent on the structure being a handsome building that fits into the downtown.

A key theme in Port’s detailed report is the concern that the city make decisions in coming weeks.

The City Council must appropriate the remaining balance of design funding required for the facility (about $630,300) before the end of March in order to secure the $2 million federal grant.

Port said, “Adherence to this timeline will also ensure that the city and the MVRTA receive an additional $5 million from the state Department of Transportation toward construction of the facility.”

The plan that is before the City Council suggests that construction begins in the fall of 2016, and the garage will be complete by summer 2017.

Port also said, “The city of Newburyport has the opportunity to take advance of $7 million in state and federal funding for construction of this facility, which in turn will allow redevelopment of central waterfront parking into an expanded park — a mainstay to Newburyport’s local economy and summer tourism.

Also, numerous residents stated that enhancement of the Green Street parking lot should be considered, but Port’s memo stated that that proposal had been studied and deemed not feasible.

Thank you for contacting us, we'll get back to you shortly.

Sorry, we are unable to send your message at the moment. Please try again later.